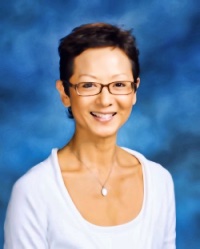 Janet first became involved in Precept as an avid student of the Word when she joined a Precept Upon Precept study in the book of Romans in 1990.

When leadership training opportunities arose in following years, she took the next step of being qualified to lead PUP studies. She began her present capacity as the local volunteer administrator for Precept in 1998 and has been privileged to watch God’s hand at work in the growth of the number of people in Hong Kong studying the Bible inductively.

Janet is married with two grown sons and worships at the Alliance International Church.