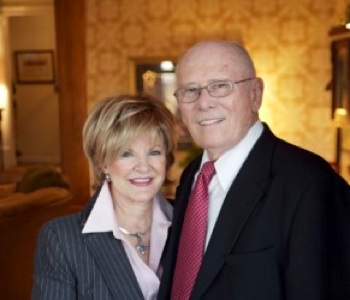 In 1969, Jack & Kay Arthur had to leave the mission field in Mexico due to Kay’s illness. Confident that the Lord had further plans for them, they returned to their home base in Chattanooga, Tennessee, where Kay became involved in teaching the Bible to teenagers. As these young people became grounded in God’s Word, their lives began to change dramatically. The number of teens steadily multiplied; in 1970 God provided a 32-acre farm to accommodate Jack and Kay's expanding ministry, which became known as Reach Out Ranch.

Soon adults began asking for the same practical Bible teaching and helpful guidance that the teens were receiving, so the ministry of Reach Out was broadened to include adults. Then, by special invitation, Kay began commuting to Atlanta to teach a weekly ladies’ Bible study. With a hunger to know God’s Word and the desire to apply it to their everyday lives, the women asked Kay to show them how to study the Bible as she did.

Inspired by Irving Jensen’s inductive methods of observation, interpretation and application, Kay was led of the Lord to teach these same methods - the concept for Precept Upon Precept Inductive Bible Studies emerged and Kay wrote her first study on the book of Romans.

In 1981, in an effort to provide consistent, high quality leadership for every study group, leader training was introduced. In 1982, the name of the ministry was changed from Reach Out to Precept Ministries, which more clearly identifies the ministry’s focus - establishing people in God’s Word. The studies spread rapidly to other countries and the word “International” was subsequently added to the name.

Kay and Jack served together as Co-CEOs until February 2012 when their son David assumed the role of CEO.

Today, as a testimony to the faithfulness of God, Precept Ministries International reaches out to millions of people in 150 countries and in 70 languages around the world through

Precept was first introduced to Hong Kong in 1989 when Kay Arthur came to teach the inductive study method. Since then, qualified trainers have returned regularly to conduct inductive study workshops - as the result of their faithful labor, Precept Bible studies were established in a number of home groups and churches.

In June 2004, Kay came back to minister God’s Word to Hong Kong through a three-day conference, “There is Hope in Difficult Times”.

In July 2005, “Precept Ministries Hong Kong Limited” was incorporated as a non-profit, charitable organization which exists to serve the local church by equipping, enabling and exhorting people to know God through the study of His Word and be transformed into the likeness of Christ by the power of the Holy Spirit.

We aim to provide simple yet powerful resources to help people discover God’s truth for themselves as we believe that through studying the Bible inductively, people can know God directly through His Word and have their words, habits, relationships and actions be transformed by Him.

To effectively serve the local population, a good number of Precept study materials have already been translated into both traditional and simplified Chinese text.

Precept Hong Kong also offers support for individuals, groups and churches across Christian denominations through organized classes, seminars, workshops and leadership training opportunities. We are excited about what God is doing in Hong Kong and our desire is to go where the Lord is opening the doors.

We have close links with the other Precept offices throughout Asia who, like ourselves, trace their beginnings back to Precept Ministries International in Tennessee, USA.